The boundary between Tennessee and North Carolina might be one of the loveliest border crossings ever: It’s the crest of the Great Smoky Mountains National Park. Hikers on the Appalachian Trail walk the line between the two states for most of the trail’s path through the park.

Incredible biological diversity is one of the Smokies’ standout features. Animals and plants typically found in the northern United States are found at the park’s higher elevations, while at lower elevations, the flora and fauna of the Southern states are represented. Elevations reach 6,643 feet in the Smokies, which are among the oldest mountains in the world. 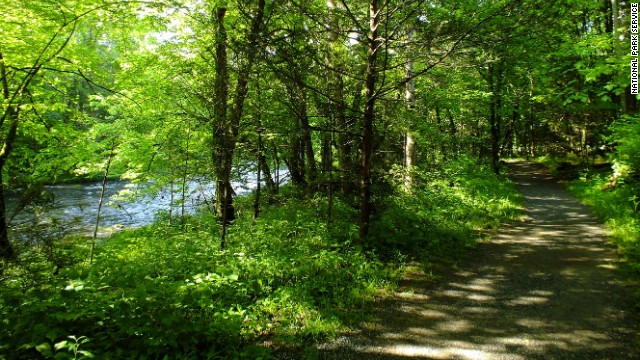