Hop aboard one of these railway station-turned-lodgings to celebrate.

UNION STATION HOTEL. Nashville’s 113-year-old Majestic Train Station—now a 125-room hotel that’s part of Marriott’s Autograph Collection—is an impressive feat of architecture from the outside. But the original details maintained indoors are even more noteworthy: The atrium lobby boasts a 65-foot barrel-vaulted ceiling made of stained glass, bas-relief angels, and gold medallions, and there’s a turn-of-the-century arrivals board behind the check-in desk.

ST. PANCRAS LONDON RENAISSANCE HOTEL. Making an architectural splash in an ancient city like London is no easy task. But the old-meets-modern grandeur of the Victorian-style St. Pancras Renaissance Hotel can’t help but get noticed. Designed by legendary Gothic revival architect Sir George Gilbert Scott in 1873, the property operated as the Midland Grand Hotel until 1935. Today, the recently renovated property retains many original details, including a three-story, wrought iron staircase that has been completely restored, right down to its fleur-de-lis wallpaper. 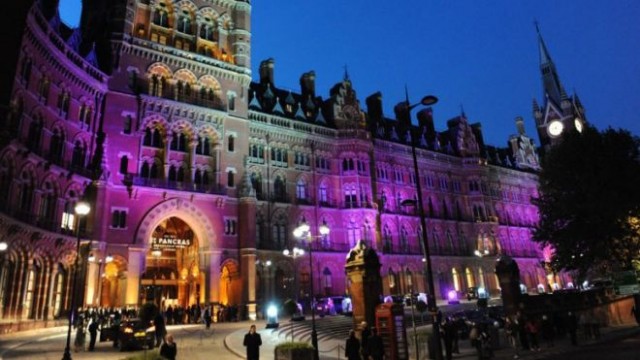