Once upon a time, the travel industry was represented by a scattering of siloed interest groups. The Travel Industry Association of America ostensibly looked after the interests of the domestic tourist attractions, the Discover America Partnership was focused on inbound travel to those sites, and the Travel Business Roundtable tended to the needs of domestic corporate travel and meetings.

The last of these groups was, by far, the most effective and sophisticated lobbying force, and in 2009 a minor miracle occurred when the three groups joined forces to form U.S. Travel under the leadership of Roger Dow. Dow’s central argument was that the industry must speak with one voice.

Today, we have a chorus of industry voices, but they often no longer read from the same sheet music. New organizations are popping up every few weeks, and the messages are sometimes discordant. Testing, testing, testing — not quarantines — will save industry jobs, says the World Travel & Tourism Council (WTTC). But testing for domestic flights will reduce demand and cost jobs, says the newly formed Runway to Recovery coalition.

Opinion is divided over requirements for mandatory vaccines to get on ships or across borders. Some countries (and states) that tried quarantines are now abandoning them on economic grounds. Others, frightened by variant strains of the virus, are imposing new quarantines and tightening their borders.

Dow’s insight when U.S. Travel came together was that, when three separate industry groups come calling on Washington with varying messages, all fail. Industry associations bought into his argument and were happy to let U.S. Travel carry most of the water up Capitol Hill because all would reap the benefit of these efforts, as they did with the passage of the Travel Promotion Act.

Components of this once rock-solid travel coalition haven’t stopped supporting U.S. Travel, but a splintering has occurred. The American Hotel & Lodging Association, ASTA, Airlines for America, the USTOA, CLIA — all supportive of general travel advocacy — are also increasingly knocking on doors separately to try to ensure that their members aren’t left out from any relief package or pathway to recovery. Though they would not put down one another in front of lawmakers, they are nonetheless competing for a limited amount of relief money, for the easing of restrictions, for preferential status to get their workers vaccinated.

And they’re competing against other industries, as well. You can’t fault them for member advocacy, but you also hear a cacophony where once there was a choir.

That’s just in the U.S. Looking globally, there appears to be far less coordination between the WTTC and the U.N. World Travel Organization than there once was. Instead of joint statements, each now issues separate press releases, even in areas where they seem to agree.

Harmony will likely once again prevail when the crisis is past, but for now, it’s often every group for itself. Some of this is unavoidable — there may not be as much common ground as singular need — but in this scenario, the virus leaves all victims in a weakened state.

In the U.K., the cruise line Saga became the first to require all potential passengers to be fully vaccinated. Its target demographic is older adults.

Saga points to customer surveys showing significant support among its clientele, but there was social media backlash from those who felt this was a restriction of freedom of choice.

I applaud Saga as well as the American Queen Steamboat Co. and its sister company, Victory Cruise Lines, which have likewise instituted vaccine requirements. People who are resistant to getting vaccinated might do so if being unvaccinated means they can’t board cruise ships, take tours or cross borders. Without travel restrictions, many people may never get vaccinated, which will only prolong the pandemic.

Will freedom to travel be a strong enough incentive to get the jab? I believe so, and companies that provide further momentum to this movement will be doing as much, or more, as any lobbying group to get travel moving again and get their staffs back to work.

This past week saw the passing of Michael Spinelli, founder of the Action 6 consortium. An unapologetic advocate for travel agents, he became president of ASTA when agents were facing a double-bind: The emergence of OTAs and the capping and cutting of airline commissions.

He bridged the before-and-after eras of both these challenges. It was preordained that he’d be unable to halt the advance of either — advocacy has its limits — but when common wisdom declared agents to be among the walking dead, his optimism and faith buoyed enough advisors to stick with the profession until they figured out new ways forward. That was no small feat. Rest in peace, Mike. 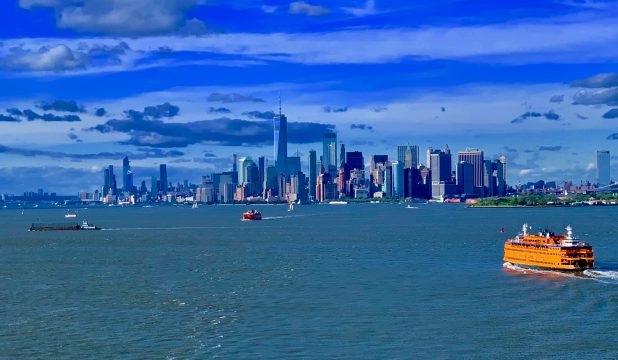